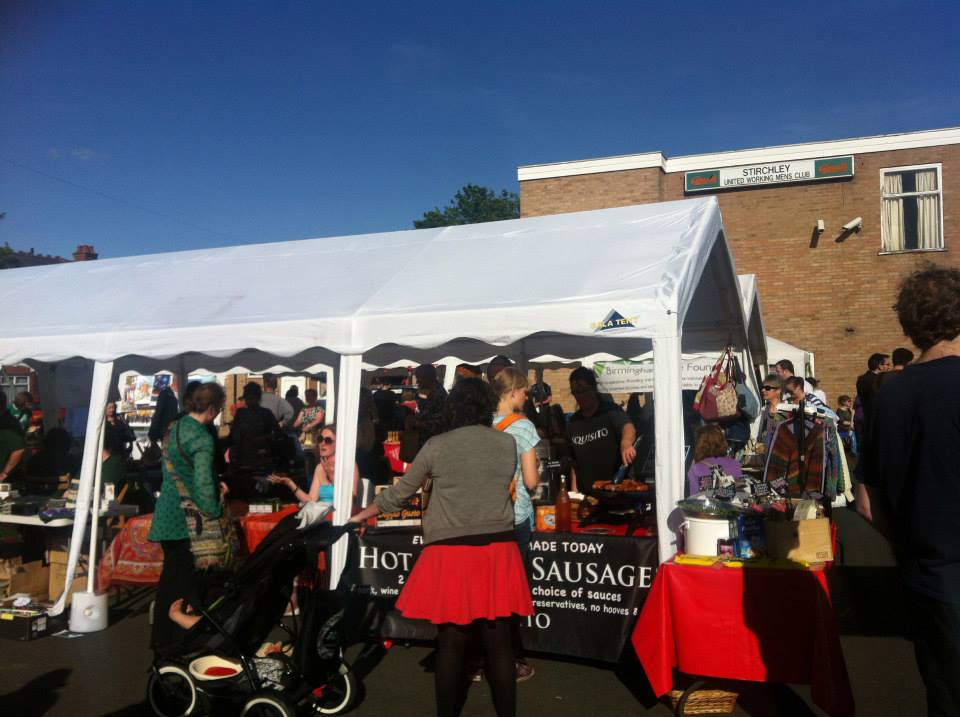 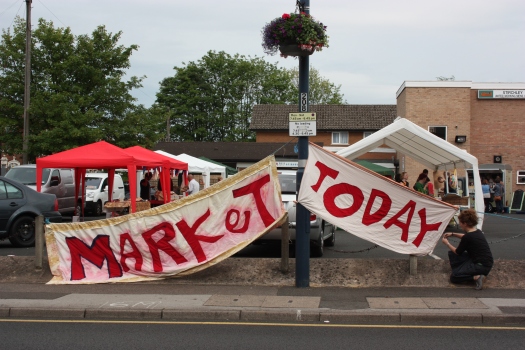 Stirchley Community Market object to the Seven Capital plans. Here are our comments.

There are currently two plans by Seven Capital, this one about the Retail Park – the other one is about housing, you can find it on the planning portal.

or you can email comments to: planningandregenerationenquiries@birmingham.gov.uk

The deadline to submit commits is marked as 9th May, but comments/objections are still being accepted until this is taken to a Planning meeting. Feel free to use our comments as inspiration.

A local community group established in 2010. Stirchley Community Market gives the local community, and commuters on their way home from work, an opportunity to find out what Stirchley has to offer. The market is entirely run by local residents on an unpaid voluntary basis, we have a shared aim of making Stirchley a better place to be. The vibrant community market in the city suburb of Stirchley began with an exciting partnership between Birmingham City Council’s Town Centre Partnerships, local arts group Stirchley Happenings, South Birmingham Food Co-op and local cookery school and community bakery Loaf. Stirchley Community Market  launched on Tuesday the 27th July 2010 at Stirchley United Working Men’s club with it’s first market selling wholefoods, bread, hot curry, hot pizza, artisan preserves, cupcakes, local fruit and vegetables, and local arts and crafts. The market joined local stalwarts such as the multi-award winning Moseley Farmers Market, Leverton & Halls organic cafe and Birmingham’s first organic butcher Rossiters in Bournville, in helping Birmingham’s grassroots scene punch it’s own weight with the likes of Manchester, Bristol and London.

Errors in the documents:

Comments to corresponding paragraphs that we have picked out.

On the ‘Outline Planning Document’

3.3 Meetings with Local Stakeholders 3.3.1 In addition, the Applicant has meet local stakeholders and community groups prior to the submission of the application.

How will this new application affect this Aldi proposal?

• “Fitness First/Stirchley Bowl site, Pershore Road – Planning permission (reference 2016/00664/PA) for demolition of buildings and erection of a food store was approved by the Council in February 2017. However, this has now been quashed by the Council following a legal challenge from a residents’ association.”

What is the latest with this? Do Lidl still own the land? It was quashed but Lidl still ploughed through and demolished Fitness First.

20 7.3.2 Stirchley district centre offers a range of independent comparison goods retail provision. However, representation of national multiple comparison retailers in the centre is limited to three retail warehouse units in the south of the centre that accommodate Magnet, Tool Station and Wickes; and Dorothy Perkins and The Works concessions within the Co-op store.

Agree: This is actually a positive thing for Stirchley and SCM is pleased that it has been noted in the retail assessment. The tone is derogatory against independent retailers – Stirchley has a thriving independent scene.

Disagree. This isn’t money going into the community or local businesses, this is (predicted) money going to national chains. This isn’t any benefit to the local area. It’s taking money away from smaller independent businesses.

7.4.4 The application site occupies a prominent location off Pershore Road, one of the main arterial routes in the south of the city. The site is cleared and has remained derelict for a number of years as longstanding proposals to redevelop the site for a Tesco foodstore were abandoned in 2016. The proposed redevelopment of the site will transform this currently vacant site in the heart of Stirchley district centre into a modern and high-quality development that will substantially improve the local environment and perceptions of the centre. It will consolidate the retail offer into the Primary Shopping Area and increase footfall in this area, helping to create a vibrant retail core and more sustainable district centre

Disagree. A drive through does not constitute a retail core – neither does a supermarket. Supermarkets are never at the core of a community.

7.4.5 We note that the potential for the redevelopment of the application site to deliver wide ranging benefits to Stirchley is recognised by the Council in the Stirchley Framework SPD, which notes the ‘potential of the site to deliver positive change to revitalise the shopping centre…’.

Disagree. This should not be interpreted to mean a drive through takeaway or supermarket. It should be a public square/green, public seating, shops / market area / public art, space for public performances (a village square)

7.5.1 The proposed scheme represents a major development opportunity in the most appropriate site in terms of its proximity to Stirchley district centre. The scheme will bring with it increased investor confidence and help to encourage additional developments in the locality, along with attracting major national multiples to the centre.

Disagree. With Tesco pulling out we think confidence should be at an all time low for the national supermarket chains. Stirchley would rather opportunities for local and independent businesses, and community facilities.

7.6.4 The NPPF sets out that planning should operate to encourage and not act as an impediment to sustainable growth and therefore that significant weight should be placed on the need to support economic growth through the planning system. It is evident that the proposed development will make a contribution to local economic growth

It is evident that Stirchley is doing very well without big chain nationals – the support needs to be in place to continue the independents in the high street by offering more shop space, not a supermarket or fast food drive through.

Summary ‘On balance it is considered that the proposals will have a positive impact on the settings of nearby heritage assets.’

This is not true. The bland designs are going to be next to a beautiful listed pub and the plans have had no public consultation as yet.

Nothing is more important to us than keeping our volunteers and community safe so in line with the latest UK government guidance, we have decided to not run the next market in April. We will be keeping a close eye out on the latest guidance and will update you on subsequent market dates.⁣⁣ ⁣⁣ You can still find most of our stallholders online and we have listed them in our latest blog post! Visit the link in our bio to find out more. ⁣⁣ #comminitymarket #stirchleycommunitymarket #communityfirst #Stirchley #Birmingham #independentBirmingham #COVID19 #isupportbirmingham